TCEC CUP running. Leela in danger of elimination from the 1st round against Laser! UPDATE: Leela won!

TCEC Cup continues and we already know 6 engines that have promoted to next round.
Leela right now has a big fight with Laser and after 4 games it is on 2-2 with 4 draws.

It would be a big surprise if Leela will not manage to promote but with just 8 games everything can happen. The peculiar strength adaption to the opponent of Leela is well known anyway, this means it can hold Stockfish to very close result but playing against much weaker engines she doesn’t perform accordingly.

_ UPDATE:_ **** After 6 draws in the first 6 games, Leela won the last 2 games to promote in the next round. In the game with black pieces she slowly outplayed Laser obtaining eventually a won position, while with white pieces, in a reversed opening from previous game, she managed to easily win heavily outplaying Laser in a French defense where Leela knew even sooner than Cfish(a clone of Stockfish that can run with 7 piece tablebases somewhat better than Stockfish) running on 88 cores, what is going on in the position!
Some analysis of the games will follow….. 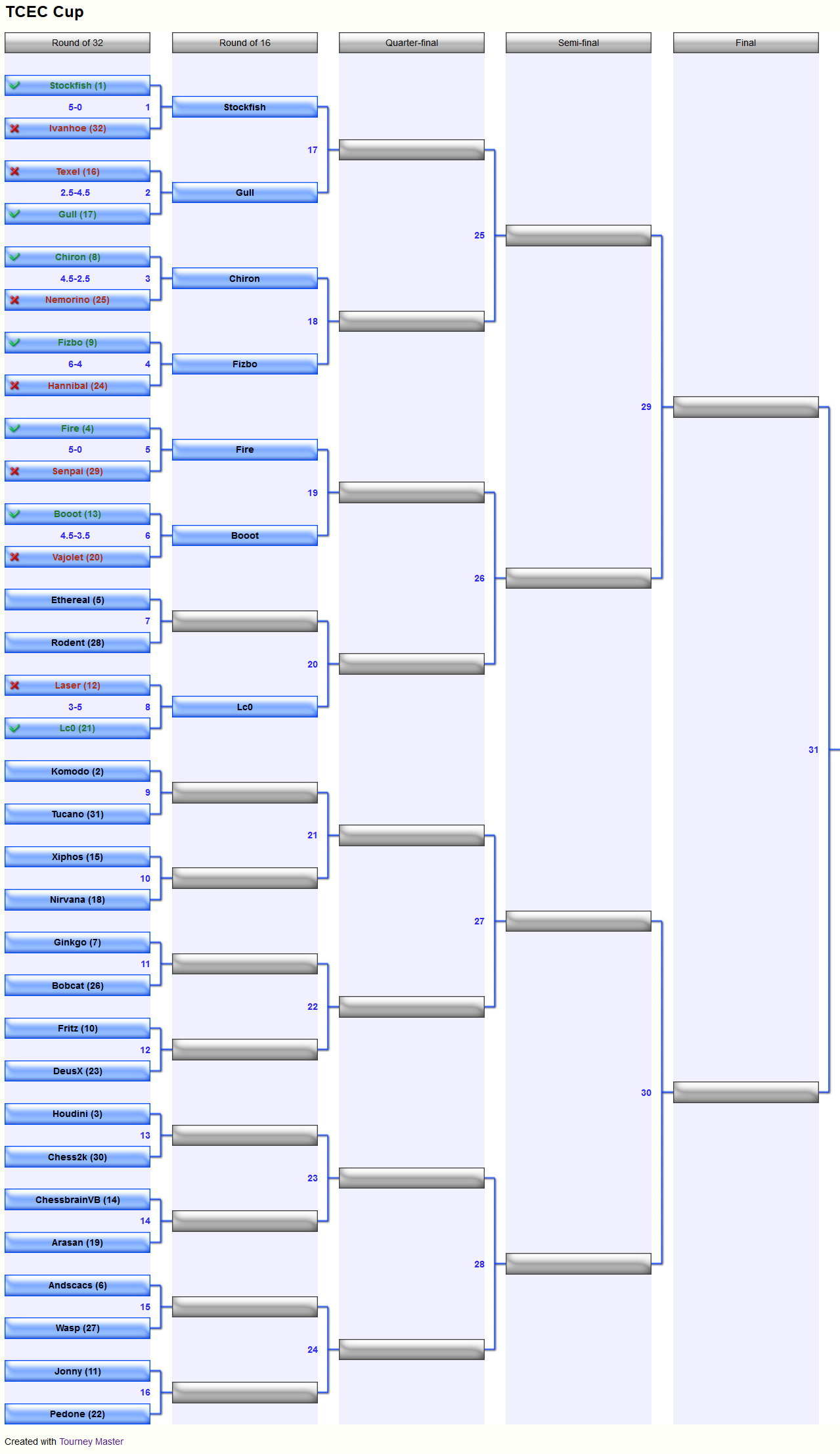