Achilles heel of Chess engines.... Neural net engines and Leela the only hope! 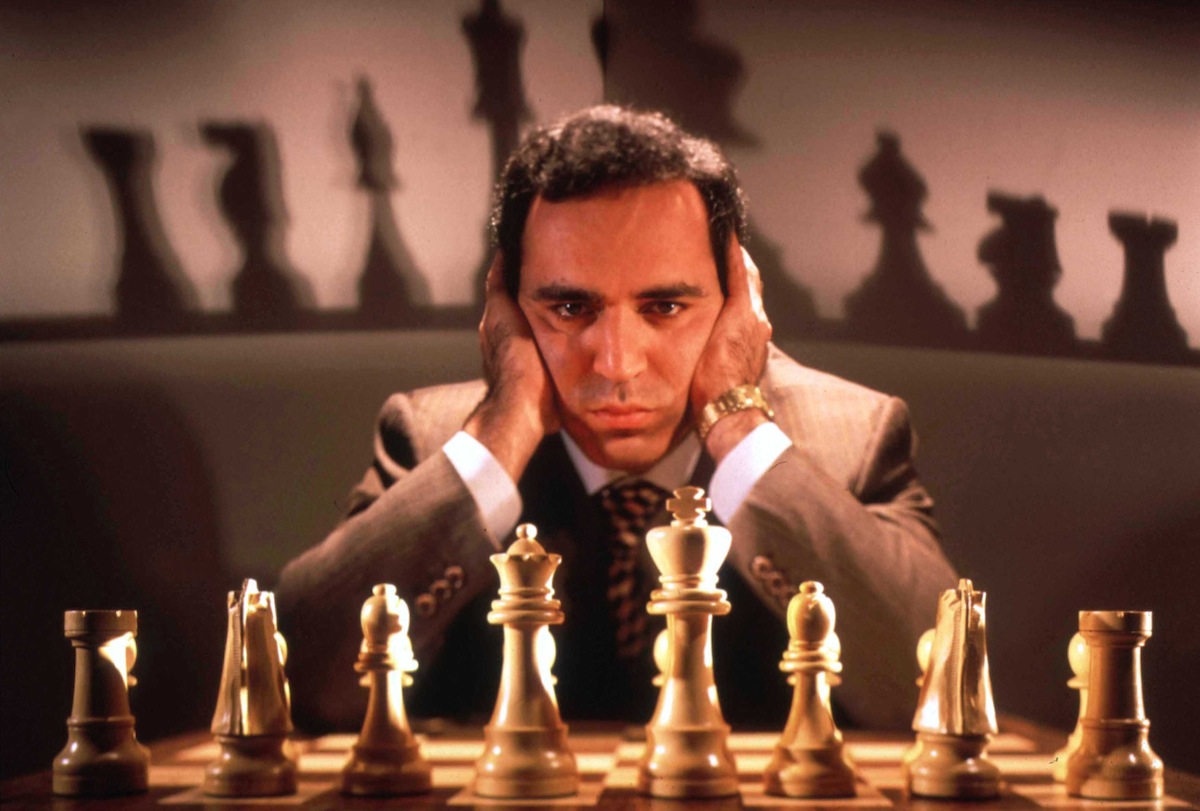 When first Chess engines were born were very weak. First real Chess program(even though in 1912 there was a King Rook versus King solver and in 1951 Turing wrote only in paper a Chess program) was written in 1951 by Alan Turing’s colleague, Dietrich Prinz, but it was not able to play a whole game but could only solve small “mate in 2” problems.
The interest in computer Chess was growing and more and more researchers in artificial intelligence(AI) used Chess as a platform to showcase their progress on AI. As hardware has started to evolve more and more, many researchers started to be able to use the already known algorithm, that has proved to be the backbone for future Chess engines: the Minimax algorithm , that was invented many years before by the pioneer in so many fields, John Von Neumann.

Minimax algorithm combined with heuristics of simple Chess rules, trying to simulate humans basic rules of thumb, has proved to be a success creating weak but not random Chess playing programs showing a certain intelligence. Interest in computer Chess was growing, Minimax algorithm was enhanced by the creation of AlphaBeta search, that brought even more increase in strength and with continuous improvements in hardware Chess engines started to win to win against humans.

In 1967 there was the first won game of a computer at official tournament play , where Mac Hack VI program of Richard Greenblatt, running on a PDP-6, won against a 1510 Elo human player.

In 1968 David Levy he beat in a friendly chess game with Stanford professor John McCarthy, and McCarthy said that within 10 years, there would be a computer program that would beat Levy. Levy then bet McCarthy 500 British pounds that he would not lose a match to a computer chess program within 10 years.
The bet later doubled to 1000 British pounds. Levy had bet three other computer experts, including Michie, Seymour Papert from MIT and Ed Kozdrowicki from the University of California, that no program would beat him in 10 years.
In December 1977, he defeated Russia’s strongest chess computer, Kaissa. It was played on an Amdahl computer. In August, 1978 he won that bet when he defeated CHESS 4.7, the strongest chess playing computer of the day, by a score of 3.5-1.5. The computer program was being played on a Control Data Cyber 176, the world’s most powerful production computer at that time. The computer programmers were David Slate and Larry Atkin. It could calculate 3000 positions a second.
But despite of the win against the computer, Levy became the first International Master to give up a draw and a loss to a computer program, when CHESS 4.7 got a draw in game 1 of the match and won the 4th game of the match. 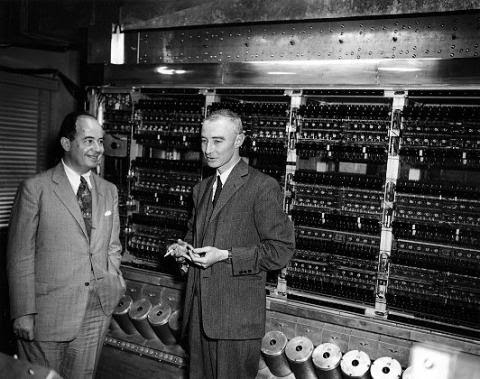 In the decade of 1970, Chess engine interest continues to flourish and Chess playing programs continued to improve because of a combination of big hardware advances as also algorithms continuing getting better and also new innovative improvements were happening, like iterative deepening that had brought a very __ nice boost in the depth of search of Alpha-Beta algorithm.

With the coming of home PCs, the 1990s brought the Chess engines in everyone’s home and the rise of specialized software for PCs has come with countless Chess engines from different authors to exist, tournaments for Chess programs to be held etc.
In 1994 one such program the ChessGenius of Richard Lang, was the first program to ever win a world champion at Chess, the great Garry Kasparov , in a non blitz time control game!
3 years later Deep Blue would win a whole series of games against Kasparov in the well known match.

While Deep Blue won that match and showed computers are of maybe equal strength with top GMs, the Chess engines on home PCs were of a much less strength mainly because of much slower hardware(we remind that Deep Blue was calculating about 250 million positions per second , a huge number even for todays standards even though it was hugely more a so called bean counter compared to recent Chess engines). Deep Blue was the myth of the time for hobbyists on the Chess engine scene, and people would wish their PC programs, like Fritz, Hiarcs, Junior, Rebel Century, Chess Genius, Crafty etc etc, would find Deep Blues star moves, but in vain most times. At the late 90s top 20 PC Chess engines had already surpassed top humans in blitz time controls.

Progress continued and new innovations mostly in search happened, full adoption of bitboards, null move pruning, late move reductions, futility pruning and many many others made the search much more efficient and in 2000s engines made a big leap in strength starting with the release of Fruit 2.1 as an open source and the coming of Rybka 1.0 an engine that dominated everything for many years has lead to very top levels of play. From about 2004-2005 humans started to not be a match for computers even on classical time controls.

Next decade from 2010 and thereafter, had Stockfish with the adoption of a clear and rigid testing framework(Fishtest) to explode and reach super level of strength being currently the strongest Chess engine around. Other engines of course got huge improvements also and engines in this era are no match in humans at any time control and any top human would get crushed by any top 50 engine.

(At this position of Deep Blue-Garry Kasparov, game 2 in 1997, Deep Blue, was supposed to play the typical computer move Qb6 in order to win a pawn. Kasparov and the viewers were quit surprised by Deep Blue’s move Be4! This positionally strong move almost chokes every counter play. Later analysis showed Deep Blue didn’t play this correctly and Kasparov could have drawn This legendary Be4 move is now easily found from Chess engines with the correct continuation of course.) 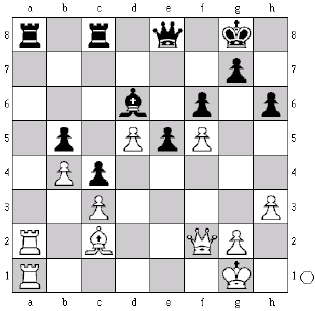 Engines initially were very weak in all aspects of the game, but as improvements came they started to be really good at tactics. This fact, that engines are good tactically would be the key characterization of them till now. Bad back then programs would have some important blind spots. Positionally most were very bad, they would not dare easily to make sacrifices to get an attack, they would hesitate most of the time to give the exchange for the initiative, they would play closed positions in a random way just shuffling pieces and they were very very bad in endgames. And above all they would absolutely suck in fortress positions.

With time, positional play would improve(the Be4!! and h5! moves of Deep Blue would started to be found by even 2005 engines) and it was a usual trick for commercial engine’s advertisement to include the key phrase “Much improved in positional play”, that even nowadays it’s still used. These days programs have in their evaluation function countless rules so positional play to be adequate and combined with their extreme search depths of now(>25 plies easily) quantity becomes quality and positional play is very good. Along with these improvements in evaluation heuristics and search leaps, came the ability of programs to find sacrifices. With the introduction of Fruit and especially Rybka(the old King of material imbalances) engines started to be very good at exchange sacrifices also.

Endgame was steadily was improving and after about 2011-13 programs started to be considered better than even top GMs in endgame. Todays engines with the use of endgame tablebases also, they are much much better than humans in endgame too, even though some blind spots remain.

Big thorns on engine play though, still remains the closed positions play, where even todays engines continue their never-ending shuffling. But with a big difference of the past that they can’t be tricked to worsen their position like in the old days and that extremely more often now, they do find a breakthrough, something that didn’t occur in older days.

2018 brought the introduction of neural net engines using a variation of MCTS search. AlphaZero for Chess and Leela.
And while we can’t see the games of AlphaZero we are seeing the games of Leela and we can see that it’s evaluation function is many order better than classical engines while its search is not that effective in resolving going deeply in specific positions. Its tactical ability still incredibly stronger compared to humans, it lacks the depth and narrowness AlphaBeta can search and solve a position so it’s a lot worse. Positionally appears to be a lot better than current engines, handling Pawns and material imbalances in a far superior way(Leela took the royal scepter from Rybka on material imbalances) and in middlegame is also superior to anything else. And while its endgame is worse than other top engines this is because of not enough training in endgame positions and this can be easily improved with more training.

The introduction of neural net engines brought hope that it would handle better closed positions or fortresses. But in vain. Leela appears to shuffle maybe even more than traditional engines. And in fortress positions things remain unchanged, with neural nets to suck at them also.
This seems to contradict the MCTS(Monte Carlo tree search) search they use, since Monte Carlo means you should play countless times at random, from a position and then see which moves were having the best statistics. So seemingly MCTS should be able to solve fortress positions but why this doesn’t occur? Because

AlphaZero and Leela does not use any random process to guide the search but the search is guided by the neural network only!

Traditional engines don’t seem to have any hope to ever solve fortress positions, expect when they will start searching 80 or more plies ahead.
But neural nets seem to have big chances to do it, as they are supposed to learn from what they see and so more and more training games would theoretically mean they would learn to solve them.

And here are some nice fortress Chess positions that it would be awesome if engines started to solve them:

<<< TCEC CUP running. Leela in danger of elimination from the 1st round against Laser! UPDATE: Leela won! Leela promotes to round of 16 in TCEC Cup with 2 nice wins! >>>